A quick guide to Soil Reclamation

The soil is one of the abundantly available renewable resources on earth. However, increasing population and various human activities like industrialization, urbanization, mining, etc. are slowly rendering the fertile usable soil unfit for use. Damage and deterioration of soil include:

Soil Reclamation is the process of reclaiming the soil’s quality like lost fertility, minerals, nutrients and moisture to make it fit for intensive use again. The reclamation of soil, its nutrients and fertility are done with an objective to increase further land use and enhance agricultural activities like cropping and irrigation.

This process in combination with Land reclamation is being employed widely for the creation of national parks and wildlife sanctuaries for enhancing wilderness and forest life by a combined process called Pedogenesis.

Pedogenesis, also known as soil development, soil evolution, soil formation, and soil genesis, is the process of soil formation as regulated by the effects of place, environment, and history.

Soil Reclamation is carried out for the development of layers, termed soil horizons, distinguished by differences in color, structure, texture, and chemistry. These features occur in patterns of soil type distribution, forming in response to differences in soil forming factors.

There are numerous Biological, Chemical and Biogeochemical processes are employed to execute Soil Reclamation through Pedogenesis. Methods used for soil reclamation depend on the quality of the soil and objective of soil reclamation. Different types of soils include:

The most popular methods used for soil reclamation are:

In this method, higher plants are used for the degradation and removal of different contaminants (both organic and inorganic) from the soil. Among these methods, the most frequently used are:

This process is based on the ability of roots to immobilize pollutants. The process takes place on the surface of roots as an adsorption effect. Contaminants are absorbed into roots and precipitated in the roots’ area.

In this method, contaminants are picked up by the roots of plants and transported to their overground parts, and then removed together with the crops.
This method is based on microorganisms’ activity, which is commonly used for the reclamation of soils polluted by organic compounds. However, recently there have also been many investigations into applying microorganisms for detoxication and cleaning soil polluted by inorganic substances.

This method is based on the phenomenon of pollutant migration in an electric field. Migrating particles have to have a permanent electric charge or have to be polarized, so the technique is used to remove heavy metals or polar compounds. Electrodes are inserted into the ground on opposite sites of the contaminated area.

Contaminants under the influence of an electromagnetic field migrate through the soil within the cathode or anode area, where they are removed in a few possible ways: chemical precipitation, adhesion to the electrodes’ surfaces, removing and processing the contamination beyond the remediated site.

Biological filters and bioreactors are based on the biological activity of microorganisms. During the first stage of the process, the contaminated soil is mixed with water and as a suspension is moved into a reaction chamber where a selected group of microorganisms removes the contaminants as a result of sorption and/or transformation.
This is a physical method based on covering the contaminated soil to prevent toxic migration to the environment as a result of rainwater or wind erosion. The layers are comprised of a combined material such as synthetic fiber, clay, and concrete.
This method is used for removing inorganic contamination, such as heavy metals, radionuclides, toxic anions and others. In some cases, it can be applied to organic contamination. This method uses a wide spectrum of leaching solutions from water to strong inorganic acids.
This is a subsurface contaminant remediation technique that involves the injection of pressurized air into the contaminated groundwater causing hydrocarbons to change state from dissolved to vapor state. The air is then sent to the vacuum extraction systems to remove the contaminants.
Contaminated soil is explored and stored in a pile or a thin layer distributed over a larger area, for the degradation of contaminants. This process enables some organic contaminants (oil origin compounds, non-halogen compounds and some of the halogen compounds and pesticides) to be removed from the soil, by way of biological degradation. The process is carried out by aerobic organisms, which mineralize organic compounds to simple compounds such as CO2, H2O, and others.

A quick guide to Biodiversity

“Everything has an alternative,

EXCEPT FOR MOTHER EARTH!” 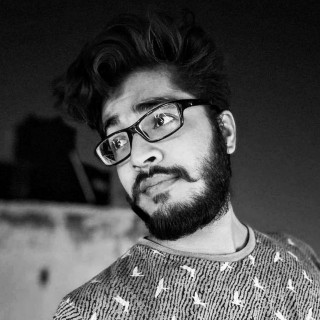